The Boston Globe had an editorial on Farm Aid, Farmers' Markets and Community Supported Agriculture in the July 28th issue. While it's a bit of a cheerleader for Massachusetts, it does highlight the importance of local farms, and the ways that people can support local farmers, particularly Community Supported Agriculture (CSA) clubs.
Natually, I'd rather grown my own vegetables and fruits, but not everyone has the space or the time (my wife would say that I don't have the time!) to do so. 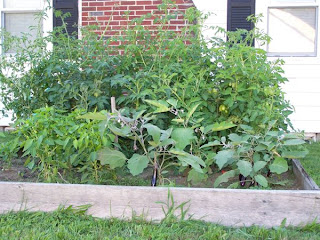 The garden is certainly growing vigorously this year, although we've picked up some sort of blight in the tomatoes (at least the early girls and the plum tomatoes). The cherry tomatoes seem fine and will be huge producers over the next few weeks as they start to ripen. 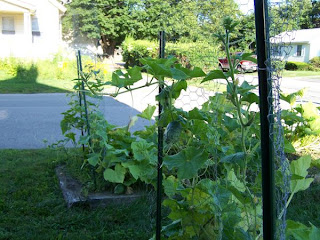 We've had some good zucchini harvest, but the squash plants are definitely looking pretty sad. Even the cucumbers are already looking worn out, and they've not produced much at all yet. It may be we've had too much rain this summer...July and August are usually pretty dry here on the South Shore, but this year the rain is never far away, and I've spent very little time watering. But that's made up for by the extra time I have to spend weeding! 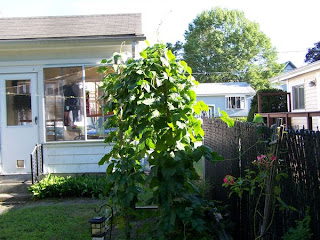 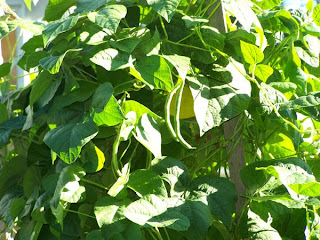 The green beans are the stars of the garden this year. I've had more than we can eat, and have started bringing some in to share with my coworkers. I have some neighbors that will get the next batch of extra...which should be in a day or so. 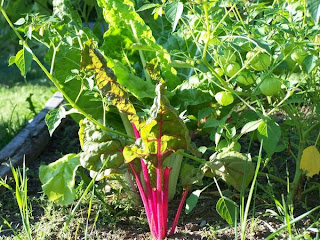 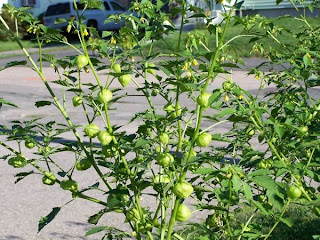 The other crops are doing well also. We've harvested some Swiss Chard already, and are getting out Mexican recipes for our tomatillos.
Posted by Steve Cavanaugh at 9:14 AM No comments: